The War of Rattan (Gebug Ende)

Various unique and interesting traditions can be found in Karangasem – Bali. One of them is a tradition characterized by vivacious heroism remaining to exist in the community until these days. The home of ‘War of Rattan’ or  “Gebug Ende” is situated at Seraya Village, the eastern tip of Bali (Karangasem regency). This eastern tip is known as the driest area in Bali and the scarcity of water is a daily problem in this area especially during the hot season. Hot season in Bali means drought in Seraya village.

The scarcity of water in this village during a long drought is solved by the performance of the Gebug Ende. This war dance is believed to bring the rain down to Seraya since the blood that is spilled by the dancers during this dance performance will appease the God, and He will bestow rain to the Seraya village.

The Gebug Ende dance derives its name from the equipment that are used in this dance. The Gebug Ende uses a one and a half meter long rattan stick as a weapon, called gebug and a shield made of cow’s hide, called ende. The Gebug Ende is a combination of dance and trial of prowess. The dance provides an image of a fight between two soldiers in the heat of battle. It is usually performed by two to sixty male dancers who dance and fight on stage in pairs. Each dancer/fighter carries a gebug (rattan stick) and an ende (shield). During the performance the two men try to beat one another with the gebug (rattan stick) while using the ende (shield) to protect themselves.

The Gebug Ende is quite unique as it has certain rules that have to be followed by the participants. Led by a referee, known as Pakembar, and a jury known as Saya. This dance starts with two dancers standing in the middle of arena, on each side of a line that is drawn in the middle of arena, while the rest sit in a circle, cracking jokes and singing, while waiting their turn.

Then the pakembar will call the next men to the arena. This continues until all have had a turn. Sometimes the fight becomes very fierce and the dancers are thrown of the stage from the blows of the rattan stick. Bruises and wounds are common in this ritual. The saya (jury) does not decide which of the two contestants loses or wins the game. The spectators have the right to do so. However, the decision is usually kept in the heart of the spectators, they do not announce the winner, a simple and honest praise is the sole reward given to the winner.

The dancers obey the rules of Gebug Ende strictly. No cheating ever happens during the dance performance. Although there is no punishment for cheating but the lost of pride of the cheater in the community is the biggest punishment for every Seraya man. 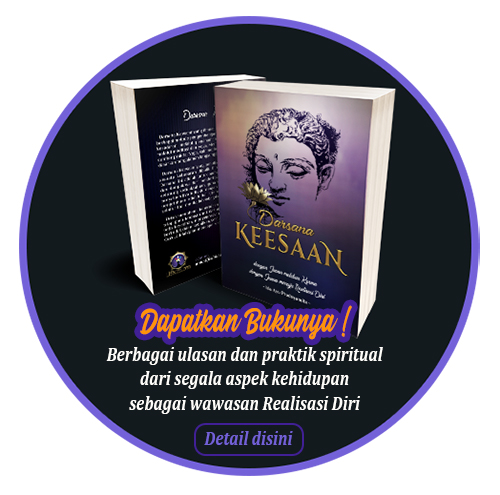